“Many choreographers teach but not many are as masterful as Christine” 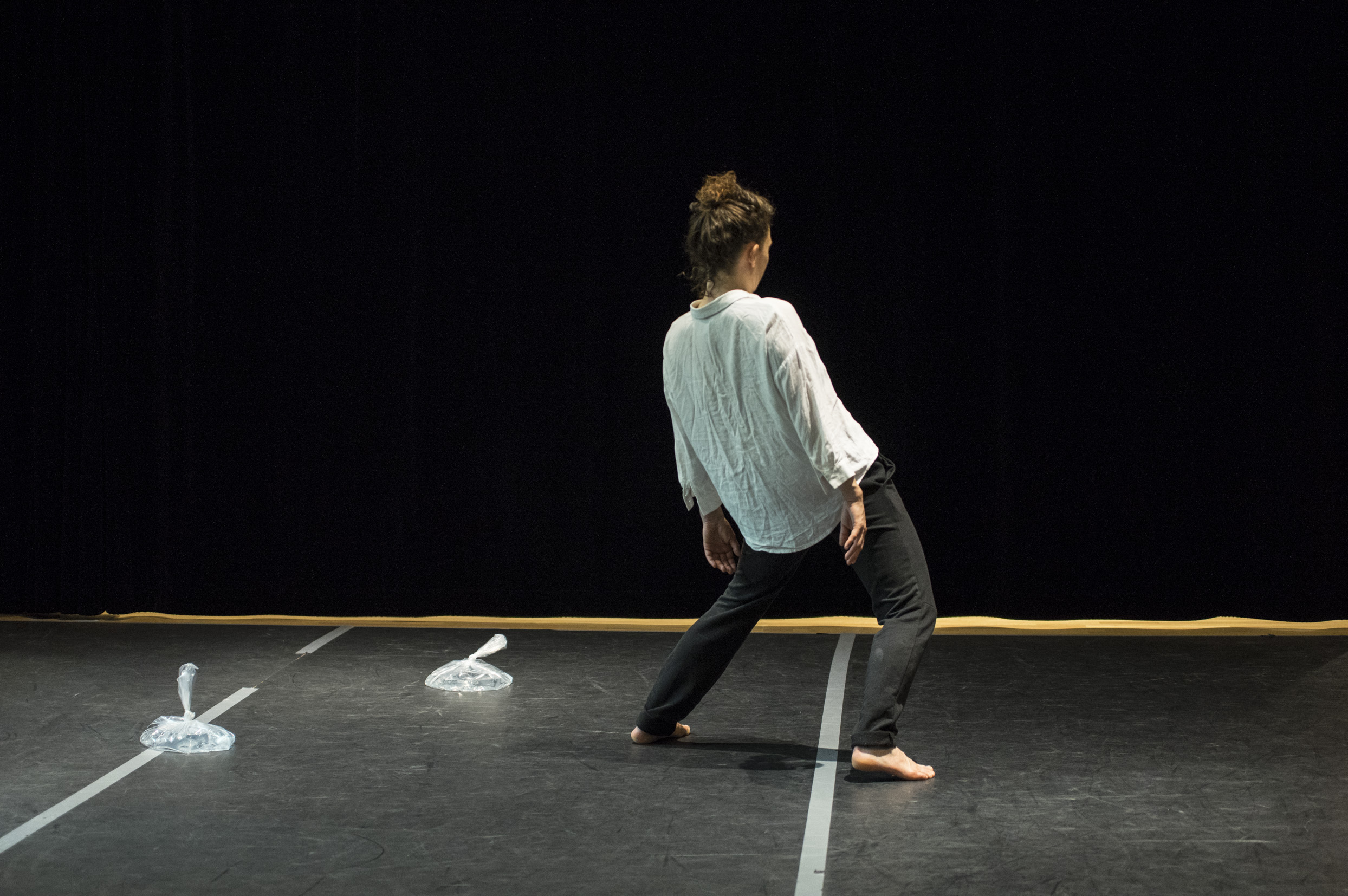 Can you introduce yourself and your work as a choreographer?

My name is Alexandra Lucia Vidich. Choreography and dancing to me have always been very much the same thing, as from a young age I always made dances in the living room of my parents´ home. It was not till later in dancing school that I learned these were two separate things. I have always been fascinated by public places as I love nature and history and spaces such as parks, rivers, cemeteries, and museums are close to my heart. Beginning in 2005, I began exploring the ideas of immersive and in-situ performance, later I danced for choreographers making this type of work and eight years later in 2013, I made my major choreographic debut with an in-situ work on a river in Philadelphia, USA. Presently, I explore immersivity outside the constraints of a physical site. I work with amateur performers and teach them dance and physical theater to give them tools to create choreographies and scenarios. Together we experiment with the audience and make choreographies to create an intimate experience. Intimacy is my preoccupation as a choreographer – first, it began with the river, how do I make them feel the river, they must be close to it and almost immersed in it, so I used boats as carriers for the audience. Now, I am preoccupied with the idea of close contact, how does the intimacy between the audience and the perfomer change their perspective of a work? In my choreography, I make a world for the audience to enter physically, pyschologically and emotionally.

You decided to attend the intensive program of La Fabrique de la Danse last year, what were you expecting?

I attended the La Fabrique de la Danse course because I had stopped presenting my work actively. One thing led to another but within a lot of successful projects that paid me, I lost my mission for why I created and eventually I did not want to do it anymore. It was great to be paid but I am not a business, I am an artist. I felt no flexibility in my career and that all my funding was tied to one project and no one cared about anything else I may have to say. It was rather frustrating. I experimented with commercial projects, received a contract to do a site commission with a site choreographer who I danced for and mentored me, and then was asked to leave the project. So I stopped presenting performance for about 1 year and took a break, still danced, traveled and did other jobs. I really was seeking support. What really attracted me about the program was the opportunity to receive a new perspective about dance and business apart from the US system I was taught in, and did all of my professional work in. I wanted to learn how European choreographers format their presentations, their budgets, their dossiers, and the approach. Also, at this point the choreographers support organization in Philadelphia, the city I had presented my professional work in had in had now been closed for 3 years for lack of funding. Thus, apart from discussing my goals with creative business people, I lacked a resource for my questions. I am happy to say that through the process of fundraising for this course, I discovered that patrons who followed me on my previous river projects would support me in an endeavor to study. I was grateful for their support and the opportunity to learn that they would follow me to other projects.

Can you tell us about your experience there?

The experience at the intensive was amazing. I really felt the team did a phenomenal job of weaving together a seamless week. They thought of everything from how you would arrive, to who would greet you, to getting there and becoming a group that could support each other immediately. So often our work as choreographers is solo, when we have the chance to thrive in a non-competitive environment it is rare and very cherished.

Looking back at the course, I think a lot about how to set up an experience that is as inviting for my audience as La Fabrique created for their choreographers. The attention to details, the foresight to think about how people create social connections that last, what an individual needs to understand in the metro enviroment of Paris they are entering as a foreigner, and what a choreographer would enjoy doing in their free time when not studying. During the course, I came away with strong memories from my time in Christine´s class. Her improvisation prompts were brilliant, she really understands tempo, timing, rhythm to allow the artist to find something new within themselves. It is rare you encounter this. Many choreographers teach but not many are as masterful as Christine. I wished I had kept all my notes but honestly the course just with Christine alone could be a course and in another week the business material. It felt like she could carry more time and that we could go deeper into our explorations with her.

A few months later, what did you retain from it?

I think the largest thing I took away from the business aspects of the course is how you think about yourself. Though, I had been paid for choreographing professionally for 10 years and presenting for 17 years, I still always said I am a dancer and choreographer. I am a dancing choreographer. I am an artistic director. I am an artistic and executive director. The only thing I ever wanted to be is a choreographer, but yet I continued to not give it the attention it demanded by my very title. I think Laure and Lucie made this quite clear in their presentation seminar. Just be a choreographer. Don´t undersell the statement by adding in more to it. It is implied that you dance by the very act of making dances. “Own it”

Who would you recommend this summer intensive to?

You also want to experience our summer intensive?

Learn more
Par Domitille Bellot|2019-12-10T10:46:20+01:00mardi, décembre 10, 2019|Business & Creative Lab for Choreographers|Commentaires fermés sur “Many choreographers teach but not many are as masterful as Christine”

This website uses cookies to improve your experience while you navigate through the website. Out of these, the cookies that are categorized as necessary are stored on your browser as they are essential for the working of basic functionalities of the website. We also use third-party cookies that help us analyze and understand how you use this website. These cookies will be stored in your browser only with your consent. You also have the option to opt-out of these cookies. But opting out of some of these cookies may affect your browsing experience.
Necessary Toujours activé

Any cookies that may not be particularly necessary for the website to function and is used specifically to collect user personal data via analytics, ads, other embedded contents are termed as non-necessary cookies. It is mandatory to procure user consent prior to running these cookies on your website.